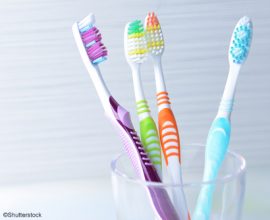 We’re sure that you realize how important your toothbrush is to the health of your smile, but do you know where the toothbrush came from? The toothbrush has been a work in progress since ancient times. There were many advancements in the evolution of the toothbrush until it reached the point where it is today.

The first tooth cleaning tools that we know of date back to 3500 to 3000 B.C. The Babylonians and Egyptians frayed the end of a twig to make a toothbrush. The Chinese began using “chewing sticks” made from aromatic tree twigs around 1600 B.C.

In the 15th century, the first natural-bristle toothbrush was invented in China. The bristles from a pig’s neck were attached to a bone or bamboo handle. When the toothbrush was brought to Europe, different materials were used for the bristles, including horsehair and feathers.

In 1780, the first toothbrush with a more modern design was developed, though it still used swine bristles. Natural bristles were used for toothbrushes until 1938, when the newly invented nylon could be used. Softer nylon bristles were introduced in the 1950s. In 1939, the first electric toothbrush was made.

We invite you to contact Louisiana Dental Center at (504) 277-4401 today to learn more about toothbrushes and to schedule a visit with our dentists in Chalmette, Louisiana. Our team looks forward to your appointment!